The Google Search team apparently couldn’t let the historic occasion of the Mars Perseverance finally landing on the red planet go by without marking the moment in typical Google-y fashion.

We’re referring to the Easter egg planted within Google Search to celebrate the culmination of this years-long mission Thursday, which saw the rover cruise to the surface of Mars and land — giving NASA’s team immense hope as a result of the scientific discoveries and heretofore unseen images of Mars that will no doubt be coming soon. You might have already come across the surprise within Google Search yourself if you went hunting for news stories to learn more about the Perseverance program, and to learn why everyone was so excited about this and filling your Twitter timeline with posts about this milestone. If you haven’t seen it yet, though, here’s how to find it.

As the tweet below shows, all you have to do is execute some search related to the Perseverance rover within Google Search. When the results page appears, you should see an animation of celebratory fireworks and explosions, as a way of congratulating NASA on a job well done.

Good things come to those who persevere. Congrats @NASA and @NASAPersevere on a successful landing! https://t.co/41kTmqEljC 🎆 pic.twitter.com/iRZnKRfAdB

Google’s gesture, of course, was hardly the only one unveiled in honor of this incredible scientific achievement. The Empire State Building in New York City was illuminated red from sundown on Tuesday to the early morning on Wednesday. The Los Angeles International Airport gateway pylons were also set to glow red through sunrise on Friday, February 19, according to NASA’s Jet Propulsion Laboratory.

Elsewhere in the US, Chicago’s Adler Planetarium said in a tweet that it would be red all week this week in honor of the landing. And NASA’s Cleveland-based Glenn Research Center said that the Terminal Tower, also in Cleveland, would be going red for the occasion.

By way of a quick summary covering what all this is about: As my colleague Mike Wehner explains, the Perseverance rover represents the biggest undertaking of all the Mars rover missions. It’s packed with advanced technology and instruments to facilitate studying the surface of the planet, and the rover will also deploy a helicopter as part of a proof-of-concept project to test the feasibility of aerial drones for the exploration on other planets.

Miss my landing? Catch the highlights below.

Send us your own highlights too. Share your pictures and video using #CountdownToMars. pic.twitter.com/OL2wSAi36e 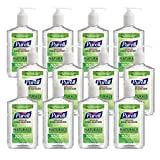 Andy is a reporter in Memphis who also contributes to outlets like Fast Company and The Guardian. When he’s not writing about technology, he can be found hunched protectively over his burgeoning collection of vinyl, as well as nursing his Whovianism and bingeing on a variety of TV shows you probably don’t like.